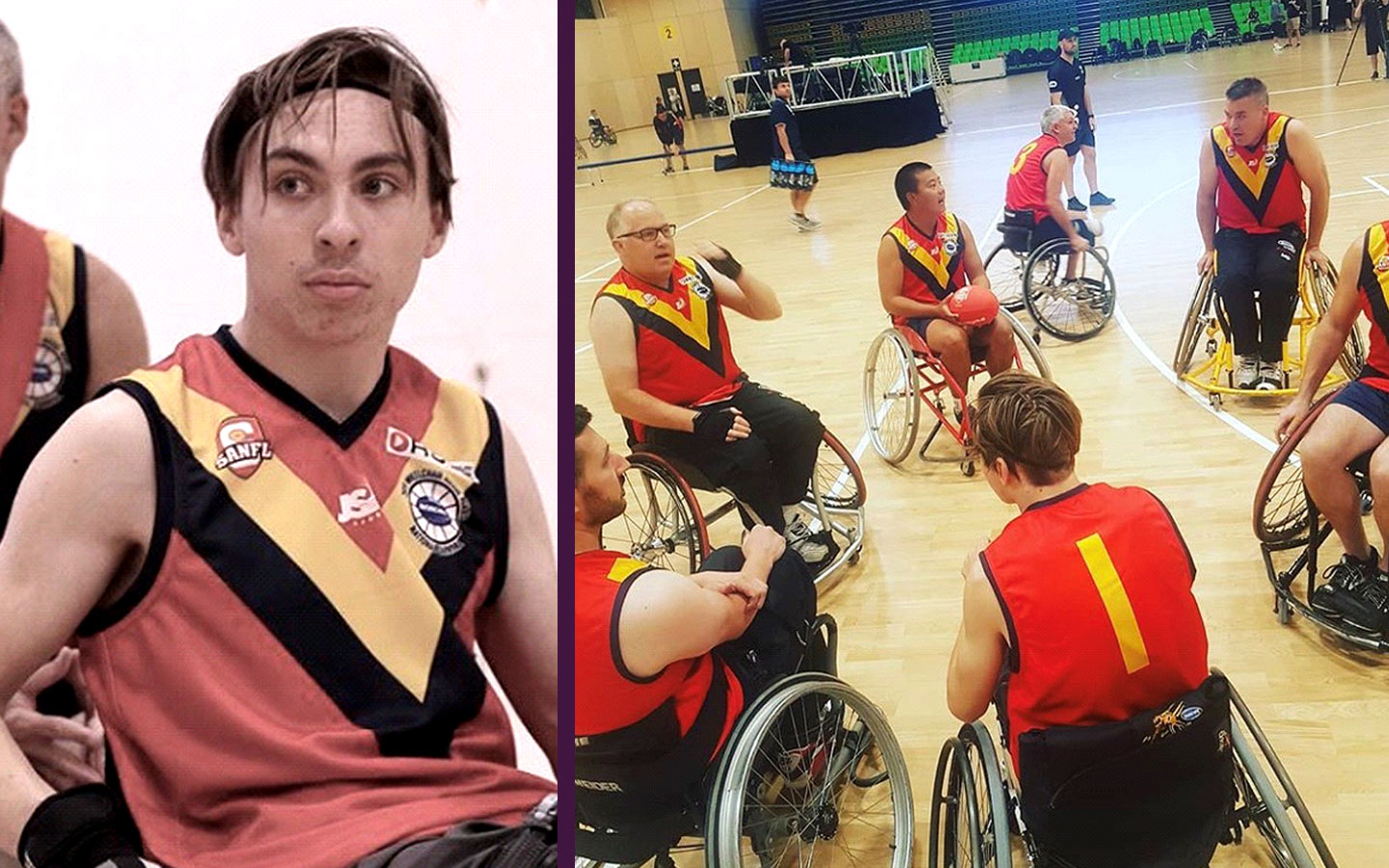 Wheelchair sportsman and former Novita kid Brodie Healy has his sights firmly fixed on representing his country at the highest level.

He has captained the team for all four titles, this year defeating South Australia’s ‘arch enemy’ Victoria 100-71 in the gold medal match at the St Clair Recreation Centre.

And he’s just returned home after participating in the national under-23 wheelchair basketball championships in Townsville.

Brodie said he was introduced to wheelchair football at a Disability Sports SA ‘come and try’ event about five years ago.

“I was going to regular Sunday wheelchair football sessions, and eventually we decided to enter a team into the national championships. I guess we didn’t really know how we were going to go in the first year, and we managed to win,” he said.

“Now we’ve won four in a row, and I’ve been captain each time.”

“It’s played on a basketball court which is split into three zones. The centre can move anywhere but can’t score, the two defenders can go into the defensive and centre zones, then you’ve got your two forwards who can go into the centre and forward zones, but can’t go into your team’s defensive zone,” said Brodie.

“A handball is a kick and you can mark it, and an underarm throw is a handball. Scoring is the same – six points for a goal and one point for a behind.

Brodie said the wheelchair basketball tournament in Townsville wasn’t quite as successful as the football championship.

“We lost all of our games, but it was a good learning experience and I hope to go further with that in the future.”

“The Paralympics is definitely a goal. I would love to play for Australia – wherever that takes me.

“My passion is football, and I want to see that grow and potentially play in wheelchair AFL. We’ll have to wait and see, but I think there’s more opportunity at this stage with making a living out of basketball than there is with wheelchair football.”