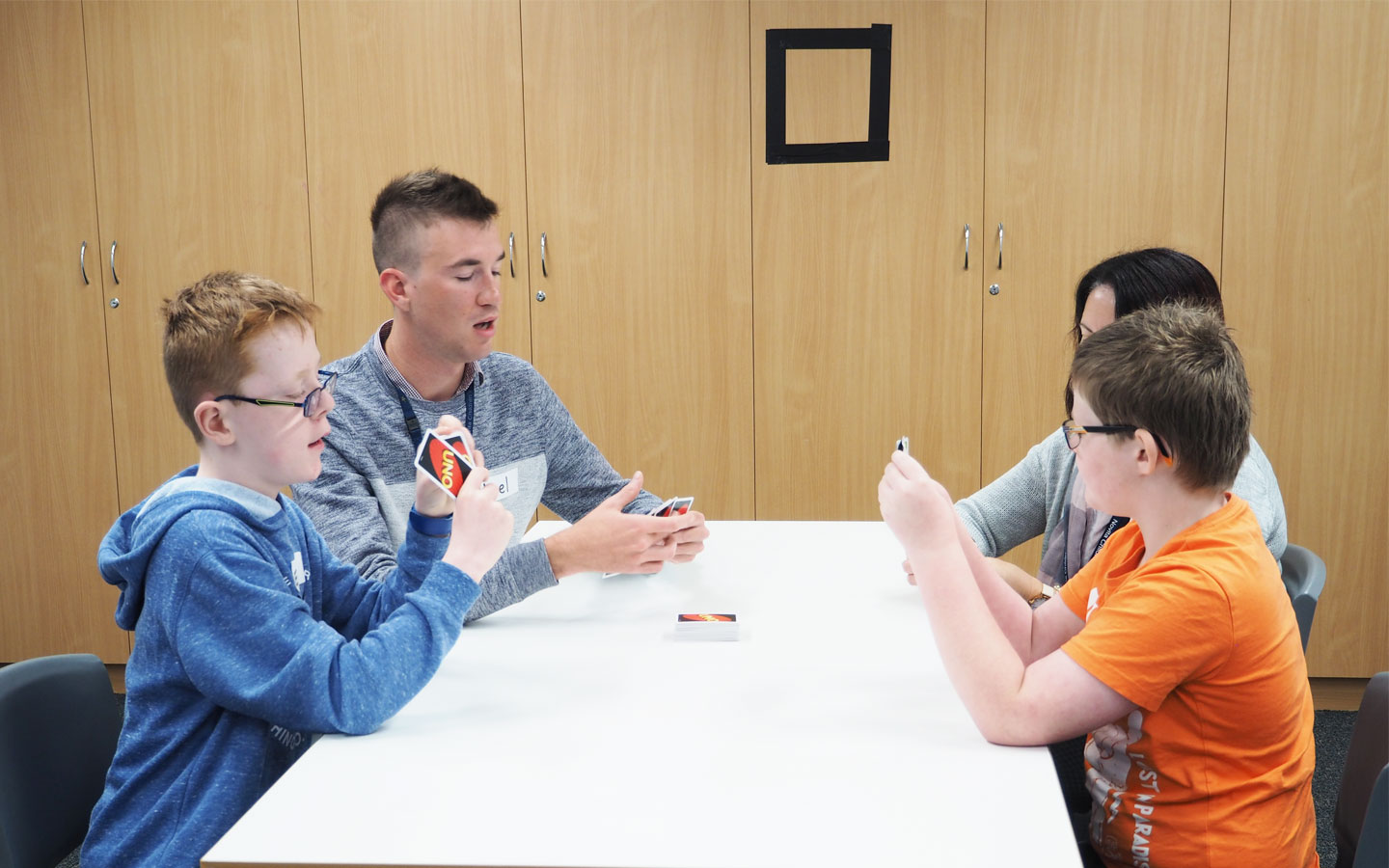 Kids learn when parents act as good role models. But when it comes to developing great communication and social skills, practise with other kids can be invaluable. Building strong social skills can help kids make friends and feel better-equipped to deal with stress and other issues as they develop and grow knowing there is support from the people around them.

One of the best ways for kids to learn to communicate well is to have them interact in a group and use the teachable moments which are created. Board games are fun and one of the easiest ways for kids to engage with one another. Playing a game requires patience, being able to take turns, agreeing to and sticking to the rules, and being kind to the other players  – whether you win or lose.

We’ve listed a few of our favourite games below for you to try with your kids which develop great social skills through conversation, teamwork, listening and other qualities which can help your kids to thrive socially. While games like UNO, Jenga and Snap may not be ground-breaking or new, we love them because with a few simple tweaks they can be used to teach valuable communication skills. All three games are popular too, which means your kids can learn to play them at home then use that knowledge to play at school or a friend’s house.

How to play UNO

UNO is a card game played with a specially printed deck. The aim of the game is to be the first person to get rid of all your cards.

UNO is great for building social skills which can be used in many multi-player games, like taking turns, following the rules, and being a good winner or loser. The game builds other important skills too, like colour matching, counting and using your fingers and hands.

Shape-up and show-off your best friendship-skills while playing Uno so your kids can see what great social skills look like. Remember to follow the rules, make sure each player gets their turn and compliment others when they make a great move. Another way to teach great social skills is to demonstrate anti-social behaviours – like putting extra cards down or missing someone’s turn – and start a discussion around how your kids feel when someone doesn’t play by the rules.

Remember to always return to good-friendship skills during the game and have fun while learning what it means to be a great mate.

How to play Jenga

Jenga is a game of coordination where players take turns removing one block at a time from a tower constructed of blocks. Each block removed is then placed on top of the tower, creating an increasingly taller and more unstable structure.

Jenga is a great game for building decision-making skills and improving hand-to-eye coordination. The aim of this game is to teach kids the importance of being patient, how to be a good friend under pressure, and how to contain their excitement when mum or dad knocks the tower over.

For a challenge, write the numbers 1 to 9 on the side of each block (put a line under the 9 because it looks like a 6 upside-down!) The next game you play, use a deck of cards that tell each player which block to remove. Playing Jenga with cards gets kids identifying and matching numbers, but may also encourage them to ask for help if they need it.

Asking for help is a great social skill to have, and can be done in 4 easy steps:

How to play Snap

Snap is a classic card game where players race to be the first to say “Snap!” when two cards match. The general idea is to win all the cards by matching pairs the fastest.

Snap is all about understanding how to control excitement. If you don’t control your excitement when you win, those around you may get annoyed and no longer wish to play with you.

For kids new to socialising, Snap is perfect as it can be played with as few as two people (say just mum, dad and your kid/s). Playing Snap in a pair creates a comfortable space for kids to practise pre-existing social skills or to try something new, like complimenting the other player when they win. Snap is equally as great for teaching winning and losing behaviour because you experience both more frequently during this game.

The rules to Snap are pretty simple which makes it the ideal game to give your kids some practise at spotting anti-social behaviours. For example, you could put down two cards at once, pick-up exactly which card you want, or say ‘Snap’ when the cards don’t match. Take your anti-social behaviour to the next level and disagree with someone else’s snap, take too long putting a card down, or flip a card over too early. Always follow cheating with a discussion about what it feels like when a friend cheats or doesn’t play properly, and always demonstrate positive social skills once you’ve finished showing your kids how not to play the game.

Other Games to Develop Communication and Social Skills

How to play Magna Force

Magna Force is just like the classic block-stacking, stack-crashing game Jenga, but with magnets! The goal of the game is to remove as many pillars as possible before the tower topples over.

Unlike the pre-assembled Dino Meal game, Magna Force begins with the set-up. To begin the game, roll the dice. The first player to roll a blue gets to place the first pillar on the table.

In a clockwise direction, players take turns rolling the dice, finding the coloured pillar which matches the colour they rolled and continue to place the pillars upright on the table until at least four are standing.

Once four pillars are placed on the table, the next player to roll gets to choose between:

1. Adding another pillar, or

2. Putting a transparent disc on top of the pillars which adds a new level to the game

Every time there are four or more pillars in the layer, the player has the choice of adding a pillar or a transparent disc to make a new level.

Set-up continues until all 30 pillars are placed and the tower is five or six levels high.

Once the tower has been set-up, it’s time to pull it apart. The next player rolls the dice to see which colour pillar they will need to remove with the magnetic wand.

If the player successfully removes the pillar, they get to keep it and the game continues. When a player makes the tower topple over, the game ends.

The player who makes the tower collapse loses the game. The other players add up the pillars they successfully removed. This becomes their score. The player who has the most points wins!

When playing Magna Force, kids will work on their communication skills, their patience, practise encouraging others, and learn to manage their disappointment if they knock the tower over. Taking turns with other players as they remove the pillars one-by-one lets kids practise politeness too. Once the Magna Force tower has crashed to the ground, kids can also work on their cooperation skills as they rebuild the tower for the next game.

Novita kid, Deanne made a helpful video to show other kids how the Magna Force game is played.

Novita’s wide range of therapies can be explored at the link here and to find out how we are continuing to deliver our wide range of great services, click here. You can also contact us directly on 1300 668 482. 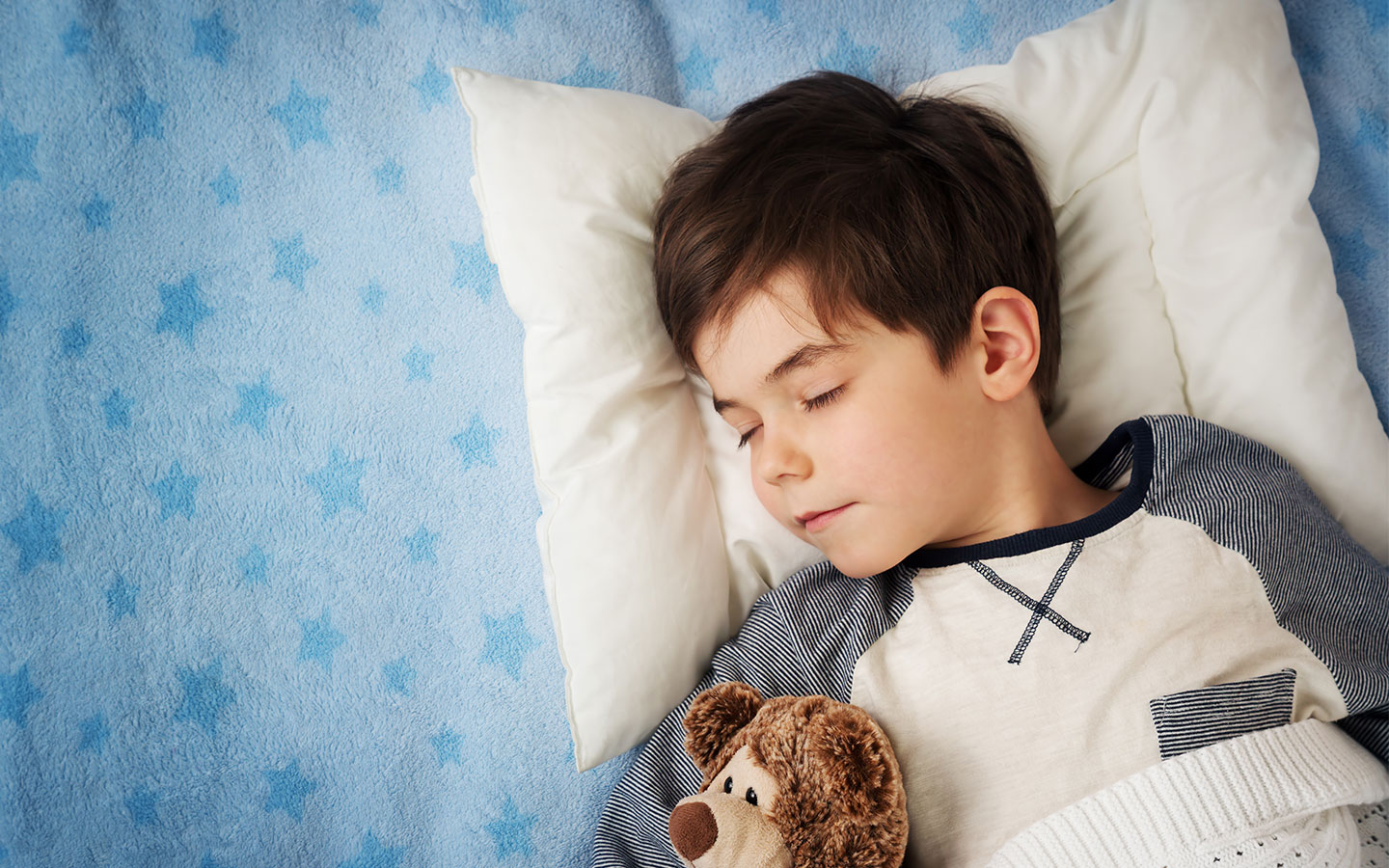 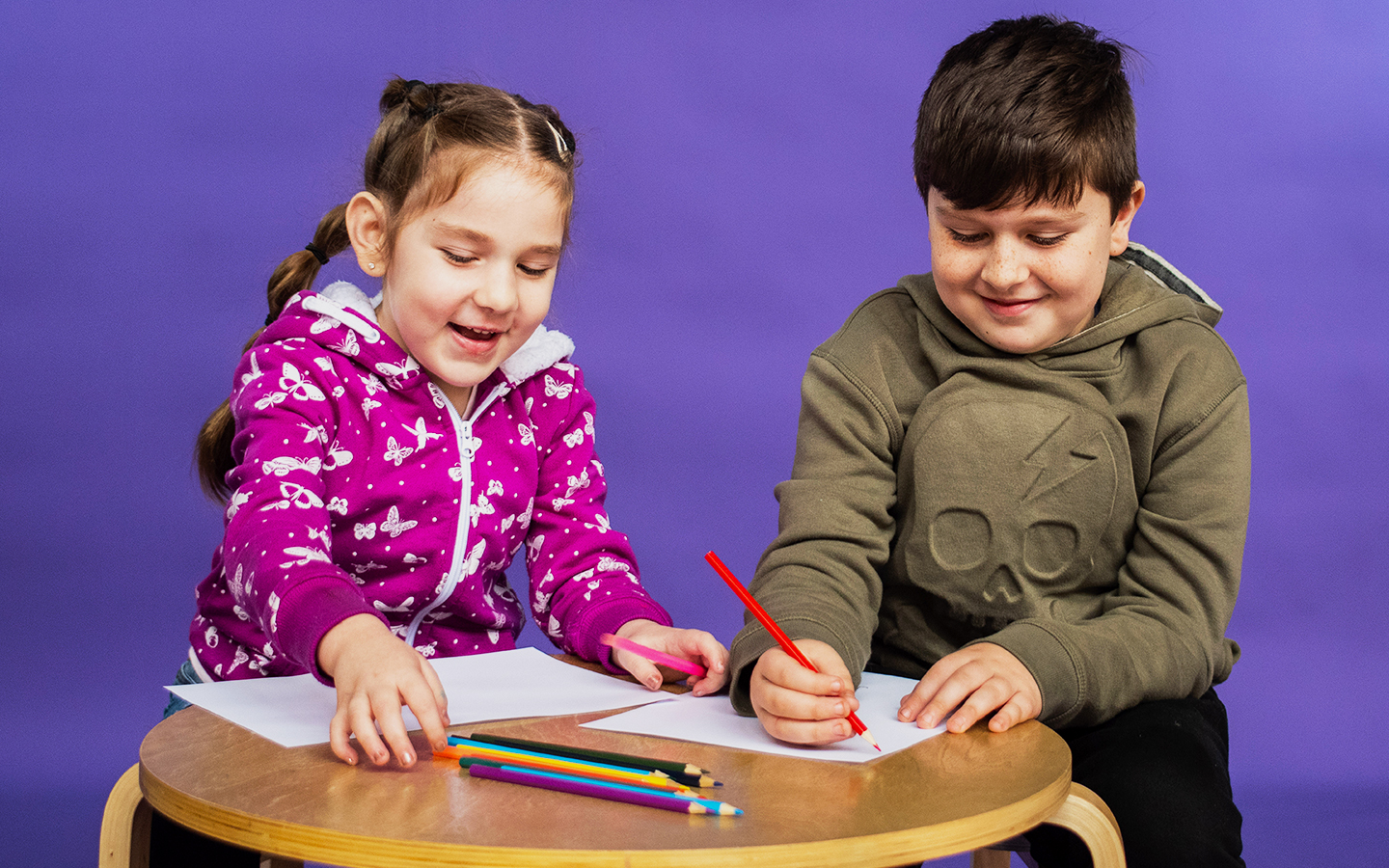 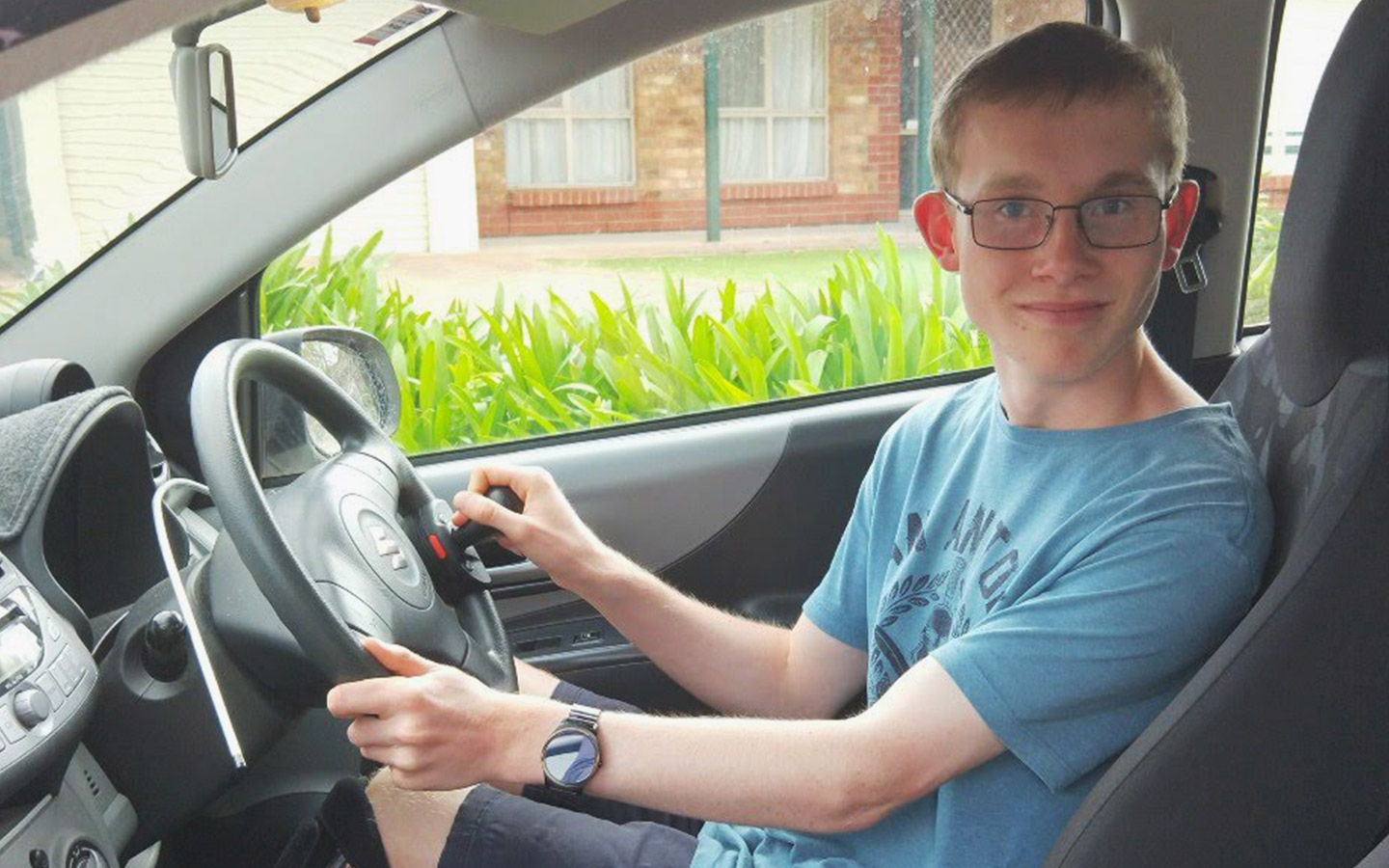