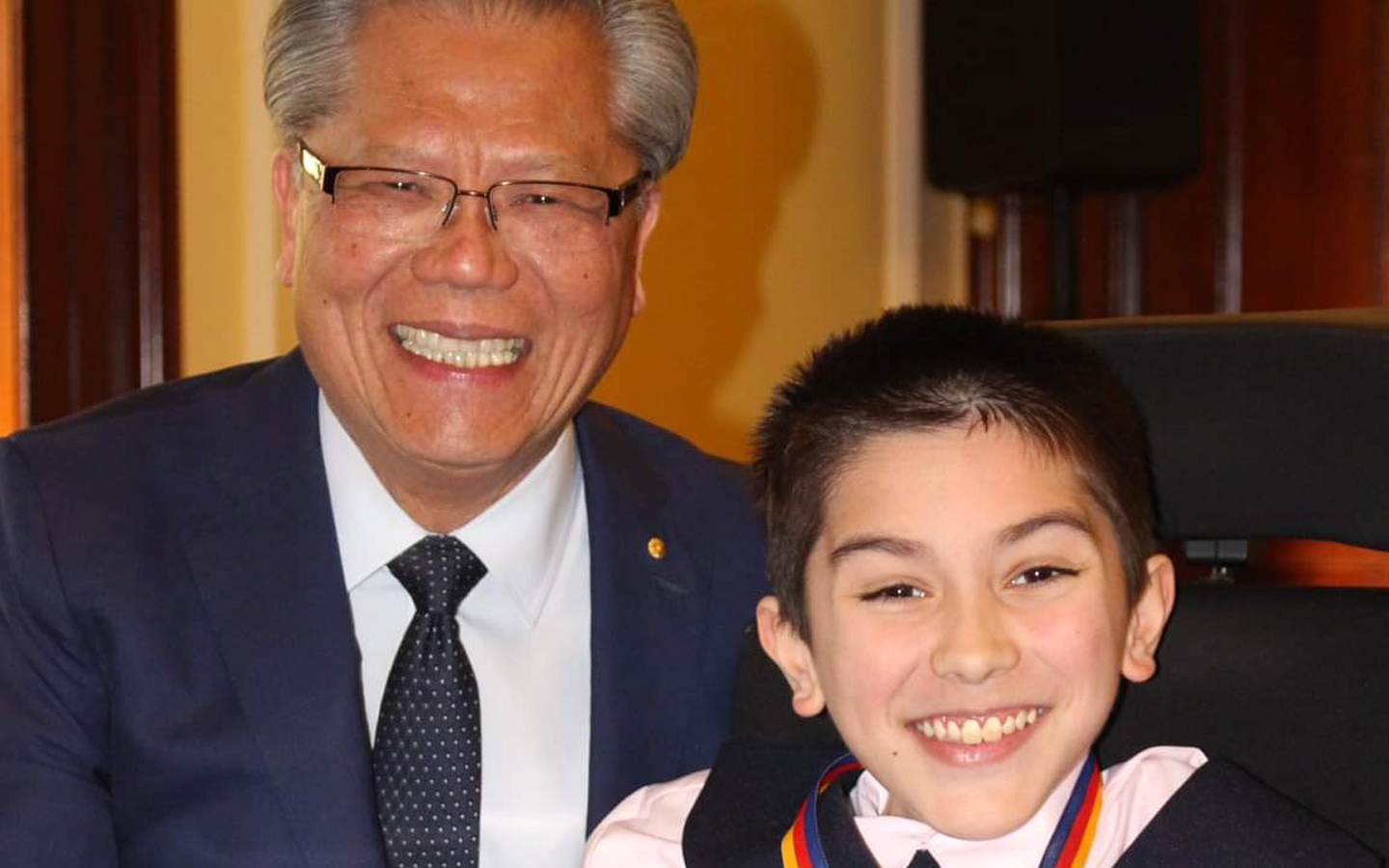 A career in the space industry, or maybe even music, could be on the cards for 11-year-old Novita kid James Lekkas. In the meantime, James is happy helping out in the community and at his school as much as he can – which has been recognised with a 2019 Lions Children of Courage Award.

Organised by the Lions Club of the City of Adelaide, the annual awards recognise the achievements of young people living with disability, supported by their families, carers, and therapists. Since the awards were established in 1989, more than 670 kids living with disability have been nominated and received awards.

James was not only presented with a Children of Courage award by our Governor and Novita Patron, His Excellency the Honourable Hieu Van Le AC, he also received a plaque for the community service work that he does.

Proud dad Gary says James, who was diagnosed with spinal muscular atrophy type 2 just before his third birthday, is definitely a role model.

“He’s done a lot of work this year with the Muscular Dystrophy association, including some media appearances, and is involved with a lot of things at his school – the Hackham East Primary School – as well,” says Gary.

“He really does teach the school how to interact with kids living with disability, and has been instrumental in getting the school to do different building projects, including ramps to every room.”

“He relies on a wheelchair for mobility, and it’s a cutting edge wheelchair as far as technology goes. He has a robotic arm that he uses as well,” he says.

“The Novita team has been very cutting edge with James, keeping up to date with therapies, equipment, and such. And he takes it like a champ – there’s no whinging or whining, there’s no ‘poor pity me’ – he’s always ready to get going.”

James also loves getting involved at school, according to Gary.

“James is also into IT, loves his space technology, and is looking forward to getting into STEM (Science, Technology, Engineering and Maths) subjects.”

Gary says James has also been a strong influence on his sisters.

“James has two sisters – the eldest is 22 and is a teacher with a degree in special education and disability education, and his other sister is 19 and is looking at further education in the disability sector as well,” he says.

“He’s been very encouraging to his sisters.”

Read more about the Lions Children of Courage Awards