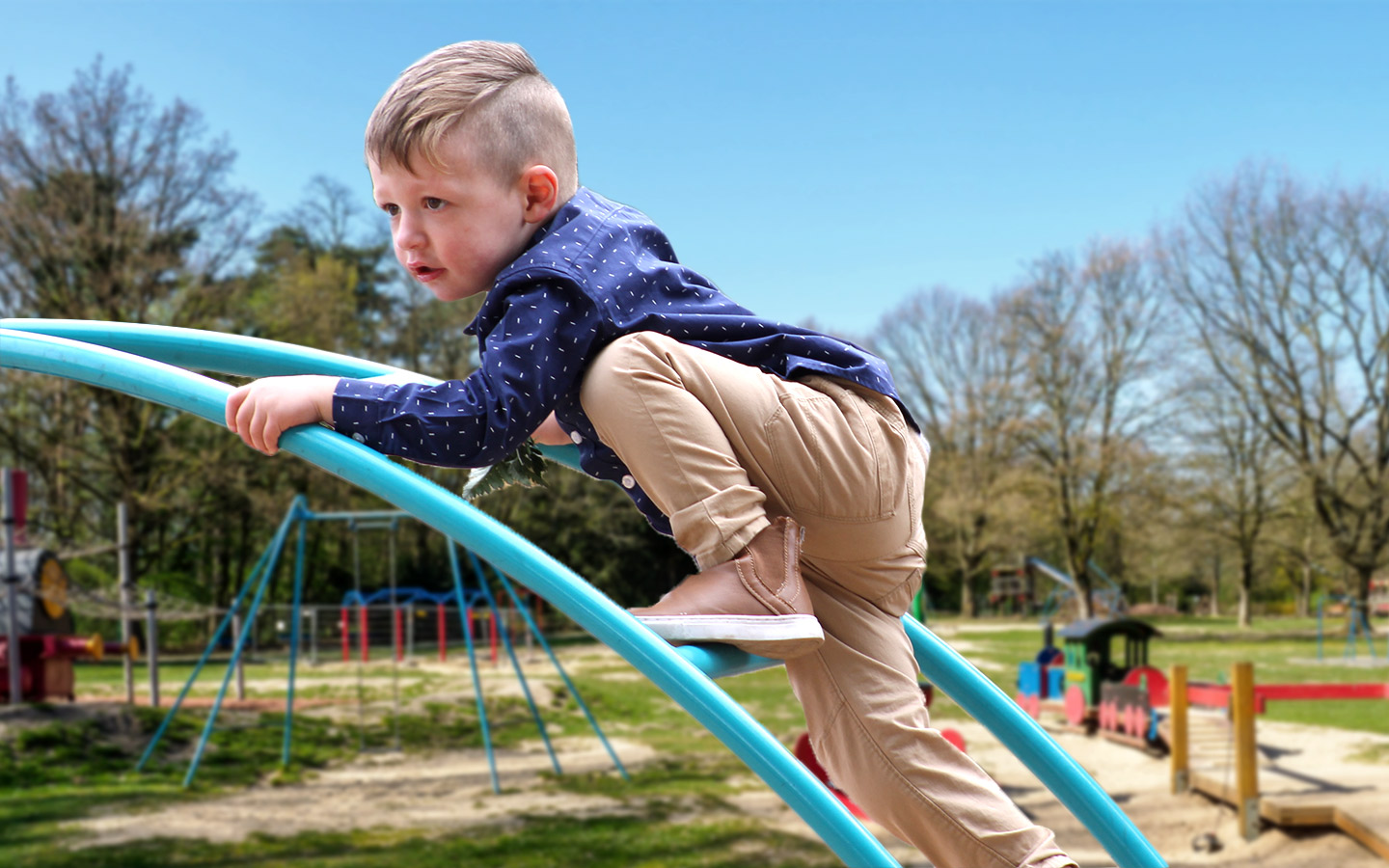 Reece Child loves to hang from the monkey bars and jump on a trampoline like most boys his age. Anyone watching him play probably wouldn’t notice anything different, remarkable or otherwise. But for his mum and dad, Angela and Selwyn, this is nothing less than a miracle.

“We were told when he was three weeks of age that he will have a lifelong disability and may never walk,” said Reece’s dad, Selwyn. “All the doctors and specialists said he’s not going to walk and we needed to register him on the NDIS as soon as possible.”

From there, Reece and his family’s relationship with Novita started.

Doctors initially diagnosed Reece with cerebral palsy, but later discovered he has his own unique syndrome, consisting of among other things, hypotonia (low muscle tone), which impacts his mobility, muscle strength and swallowing.

Despite needing multiple supports for his condition, Reece turned the doctors’ prognosis upside down.

“Reece had an amazing physio at Novita, Lindsay Boucaut, who picked up that Reece had strong cognitive skills and that he was a very determined baby,” recalls Selwyn.

“When he was about six months old, Lindsay said, ‘Look I think he’s going to walk,’ and Ange and I just looked at each other in disbelief. We had all these specialists and doctors saying he’s going to be in a wheelchair. That was a turning point for me, when my brain started to tick about early intervention and then I started to explore it.

Today, not only does Reece not need a wheelchair, he can run, climb trees, kick a football, ride a balance bike and walk on a balance beam.

He has tried pre-Auskick and his dad says he ‘absolutely nailed it’.

And on an unforgettable day in April last year, Reece walked his mother down the aisle, then stood with his parents while they exchanged vows. Later, at the reception, he danced along with the other guests.

“He was a little nervous,” said Reece’s mum, Angela, who becomes emotional when she recalls her son’s often painful journey. “There were a lot of people there. It was very emotional, but amazing.”

Reece celebrated his fifth birthday recently—running, jumping and playing with his friends being super heroes.

If you have a child who you believe would benefit from early intervention, you can contact Novita directly and speak to one of our friendly staff on 1300 668 482 or you can email services@novita.org.au.